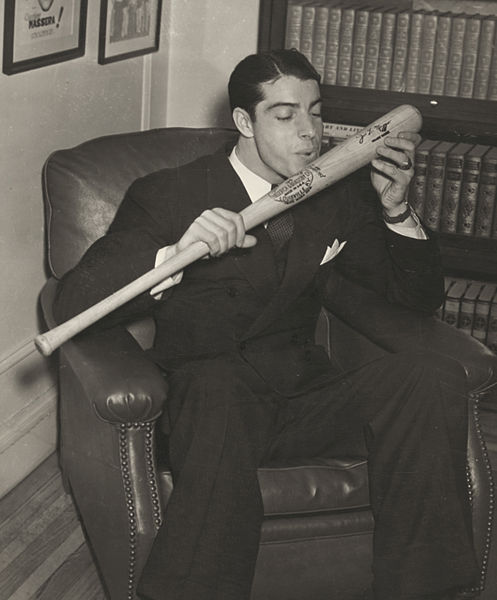 A person always doing his or her best becomes a natural leader, just by example.
– Joe DiMaggio

In this stressful time, keep in mind that you are doing your best. No need to add extra stress to our lives by being hard on ourselves. We’re all helping out in our own way – working from home, helping others, or just staying inside and weathering the storm.

The Best of the Week was the National Bobblehead Hall of Fame’s announcement that they would be producing a Dr. Anthony Fauci bobblehead! The Bobble Hall is taking orders now and expect to begin shipping them in July. In addition, they will donate $5 from everyone they sell to the American Hospital Association’s 100 Million Mask Challenge.

Maybe its not quite baseball-related, but it will forever remind me of the 2020 baseball season. He’ll have a special place of honor on my bobblehead shelf, perhaps next to Spider-Manny and Trey Iron-Mancini!

Needing stats while in this non-baseball time? I recently stumbled upon an actual, updated page on MLB.com for the “Offseason Leagues.” It appears to have been reorganized with team by team stats for players in the Arizona Fall League, Caribbean Leagues, and the Australian Baseball League. Here is a snapshot of the info for the Orioles’ players participating in those leagues in 2019 and early 2020:

There are more stats on the site to study and play with!

Its April 3rd. If it were a normal year and we were following the original schedule for the season, the O’s would have already played the Yankees seven times. But this year has been anything but normal. So, instead, we can watch this clip from 1962:

Tired of be stuck at home? I think some baseball players are, too:

Some participate in things going around on social media:

I got bored and tried to figure out what TikTok is. Now I have so many questions.
– Who needs a tutorial for these dances?
– Why so many “thirsty” guys?
– If we tried half as hard we could solve this whole virus situation!

Sometimes they tell us what they’re doing, reminisce, or… write poetry?

I just went into the scary basement, fought off spider webs, and fixed my hot water heater with actual wrenches. This is how bad we need baseball to come back. #socialDIYstancing

Being a Hitter is a lot like being in Quarantine.
I have a 6ft boundary.
I’m always at Home with a Plate.
& I try to be Safe when I leave! #OpeningDayAtHome pic.twitter.com/EWM66t75T3

When you’re on day ? of quarantine and you miss your friends ☹️

Fifty years ago today, the Seattle Pilots became the Milwaukee Brewers. Plagued by poor performance, an inadequate stadium, and financial and legal difficulties, many assumed the Pilots would be sold and possibly leave Seattle after the 1969 season. However, by the start of Spring Training in 1970, as the team began training in Tempe, Arizona, no decisions had been made. Soon, however, the Pilots’ owners reached an agreement to sell the team for $9.5 million to a group from Milwaukee, WI, headed by Bud Selig. As Spring Training continued, the Pilots’ ownership issues were worked out by the American League and bankruptcy court.

Finally, on March 31, 1970, a Seattle bankruptcy court ruled that the team’s owners could sell the franchise to Selig’s group and the agreement was finalized on April 1.

From ballpark photos to “classic” ballgames to updates from the players themselves, media outlets and social media have been trying to keep us entertained as more and more people in the United States are under “stay at home” orders due to the coronavirus. What have you been up to? And what are some of your favorite shows, posts, articles that have helped you through this “Time of No Baseball”? Let me know and I’ll share them in a future post!

For example, the picture below was recently posted on Twitter by @OldBallparks. Their caption states they don’t know why Vin Scully is sitting in Ebbets Field on a snowy December day. One person joked that he was demonstrating social distancing. Why else would he be out there all alone? Thoughts?

No, we don't know why Vin Scully would have been sitting in the Ebbets Field outfield on December 23, 1955 and why a Look photographer was there for the shot. But here it is! pic.twitter.com/4nGNEEeiEJ