Yesterday, MLB revealed the top-selling player jerseys since the World Series – how many do you have? (I have exactly one of the top 20.) 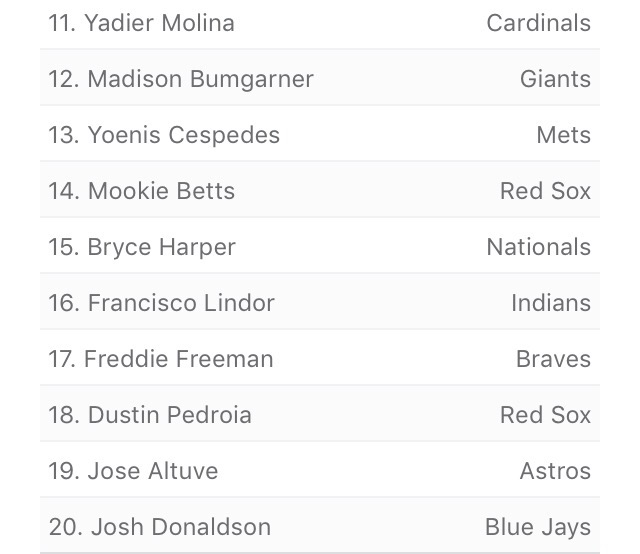 As I depart Oakland for my next baseball adventure, I thought I’d post a few of my favorite pictures, starting with my favorite (if anyone out there can explain, please let me know): 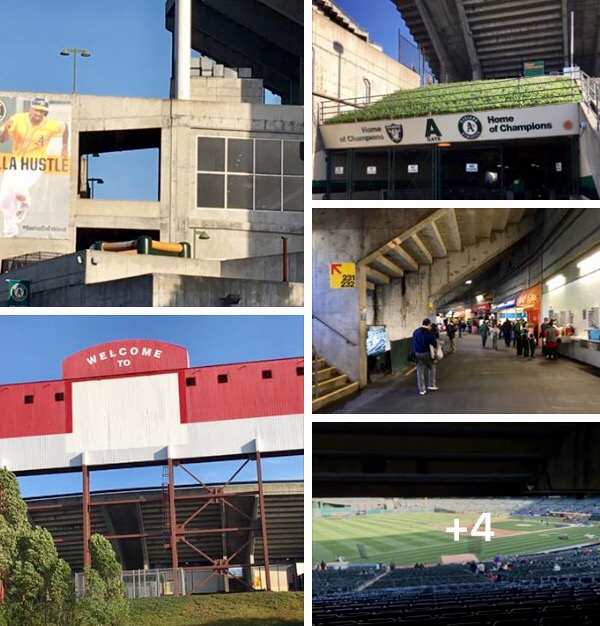 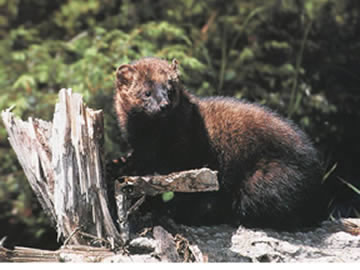 The other day there was an article in Baseball America about crazy/silly baseball team names. Such names, the article argues, are tradition in the minor leagues. Names like the Flying Squirrels, the Baby Cakes, and the Fisher Cats get us wondering what it’s all about. I’ve noticed that several folks have read my post on the Hartford Yard Goats, so I thought maybe it’s time to start looking up some other teams and reporting on the origin of their names – starting with the New Hampshire Fisher Cats.

So, what’s a Fisher Cat, anyway?

Last year, during my first visit to see the Fisher Cats, I asked the guy in the gift shop if a fisher cat was a real thing. He assured me it was – but he had a little trouble explaining it. So I did what I always do: I Googled it. Fishers – as they are properly called – are North American mammals that are part of the weasel family. And they are really cute – which is probably why they are sometimes referred to as Fisher Cats. (It also has a nice ring to it and makes a great baseball team name.)

When the New Haven Ravens moved from Connecticut to Manchester, New Hampshire, after the 2003 season, ownership decided to get fan input into the new team’s name. A contest was held and the New Hampshire Fisher Cats were born.

Fishers have been long-time residents of New Hampshire and neighboring states, though they haven’t always been understood. According to New Hampshire Public Radio, “Fishers are secretive, solitary and keep to the forest—silently. Silence helps them maintain stealth. Their only known vocalizations are low chuckling and an occasional hiss or growl.” It must be that stealth that helps them win ballgames!

Just before a particularly lively 6th inning at the Rangers v. A’s game last night, the crowd was getting restless. Two pitchers were warming up in the bullpen as Yu Darvish was beginning to fade.

It was then that the most entertaining part of the game came – before the home run, before the bases were loaded. A’s fans added sound effects to the warm-up pitches:

At first, I wasn’t sure if there was a connection between the warm-up tosses and the sounds. But after watching closely for a few throws, I was sure:

Some teams have the best fans! Thanks, Oakland, for an entertaining night! 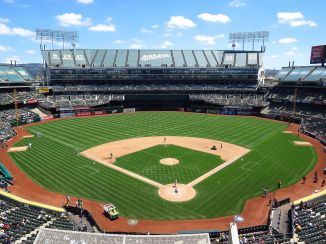 So, how many games have you been to this season? Generally, by this time, I’ve been to at least a few. So far, however, its only been one. Of course, that didn’t stop me from simultaneously watching three on TV on Saturday. But, still. I feel like I need to improve my game.

With so much going on last week with Jackie Robinson Day, I never had time to share my thoughts on my first baseball adventure of the season – the Norfolk Tides at the Charlotte Knights. I’ll be posting more on that when I have time to think a little more sociologically about it. So watch this space!

This week I have plans to see games in California and New Hampshire. Comparing games from one community to another on different sides of the country is right up the alley for this Baseball Sociologist. So, stay tuned for updates on the Travels of the Baseball Sociologist!

In the meantime – feel free to share your baseball adventures so far this season in the comments section below!

Vin Scully on Jackie Robinson – it doesn’t get better than that! 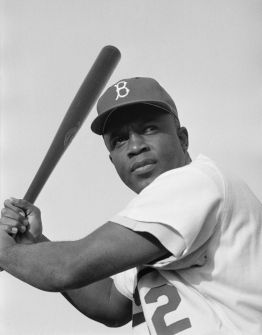 “The right of every American to first-class citizenship is the most important issue of our time.” ~ Jackie Robinson

It’s been 70 years since Jackie Robinson broke the color barrier in Major League Baseball. Many players followed, changing the face of the game, sports, and society, forever. Significant progress was accomplished in the United States in the decades that followed Jackie’s MLB debut with the Brooklyn Dodgers on April 15, 1947. But there is still work to do.

Many people have examined the social significance of Jackie Robinson integrating baseball. We have also come to know about Robinson’s involvement in the Civil Rights Movement. Nonetheless, there remains unfinished business that must be addressed.

So, yes, today is Jackie Robinson Day throughout MLB and MiLB ballparks. While we celebrate Jackie Robinson’s enormous contributions to society, let’s also think of ways to honor his memory by continuing his work.