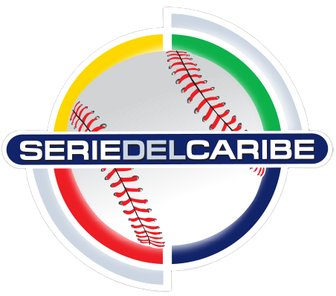 A LOT has been happening in Venezuela lately – and I do mean a LOT. People are protesting, inflation has spiked, U.S. diplomats were asked to leave, and, oh yes, the leader of the Venezuela’s National Assembly declared himself interim president. Nations around the world are taking sides. The Pope, though carefully not supporting either group in Venezuela, has stated he fears there will be more violence. And all that’s just in the last week.

Amidst all this turmoil, politics and social issues have collided with baseball in Venezuela once again. For the second time in as many years, the Caribbean Series – or Serie del Caribe – has been moved from Venezuela to another location. The 2018 series was supposed to be in Barquisimeto, Venezuela, but was moved to Guadalajara, Mexico, because of concerns about political conditions in the country. The 2019 series, originally scheduled to take place February 2-8 in Barquisimeto, instead will be held February 4-10 in Panama City, Panama.

On Tuesday last week, the president of the Puerto Rican Baseball League (Liga de Beisbol Profesional Roberto Clemente) assured reporters that the Caribbean Series would go on as planned, despite the political problems in Venezuela. However, on Thursday, the members of the Confederación de Béisbol Profesional del Caribe – with the exception of Venezuela – decided that they should not hold the Caribbean Series there and gave themselves 24 hours to find another location or decide to cancel it altogether. Twenty four hours turned into 48 and there was still no decision. Meanwhile, MLB weighed in on the situation and strongly urged their personnel not to travel to Venezuela.

On Sunday, the Commissioner’s Office of the Confederación issued a statement outlining the reasons for moving the series: (1) Venezuela’s announcement that there had been a “usurpation of power” and political coup; (2) Venezuela’s severing of diplomatic ties with the United States, making it impossible for U.S. citizens on the participating teams to obtain visas; and (3) MLB’s recommendations to its players and personnel that they should not travel to or remain in Venezuela. The Confederación noted that it recognized the enormous effort made by the Venezuelan Professional Baseball League in planning for the Caribbean Series and stated that the decision was made only after “profound” analysis of the economic impact and consequences of moving the series to another nation.

Over the weekend, there were several reports of potential locations for the series. Pedro Infante, the Minister of Youth and Sport in Venezuela, continued to assert that Venezuela could ensure the safety of the event. On Monday, he denounced the Confederación’s decision to relocate the series, stating the decision was made under pressure from MLB, which, he argued, reflected the United States’ involvement in the situation in Venezuela.