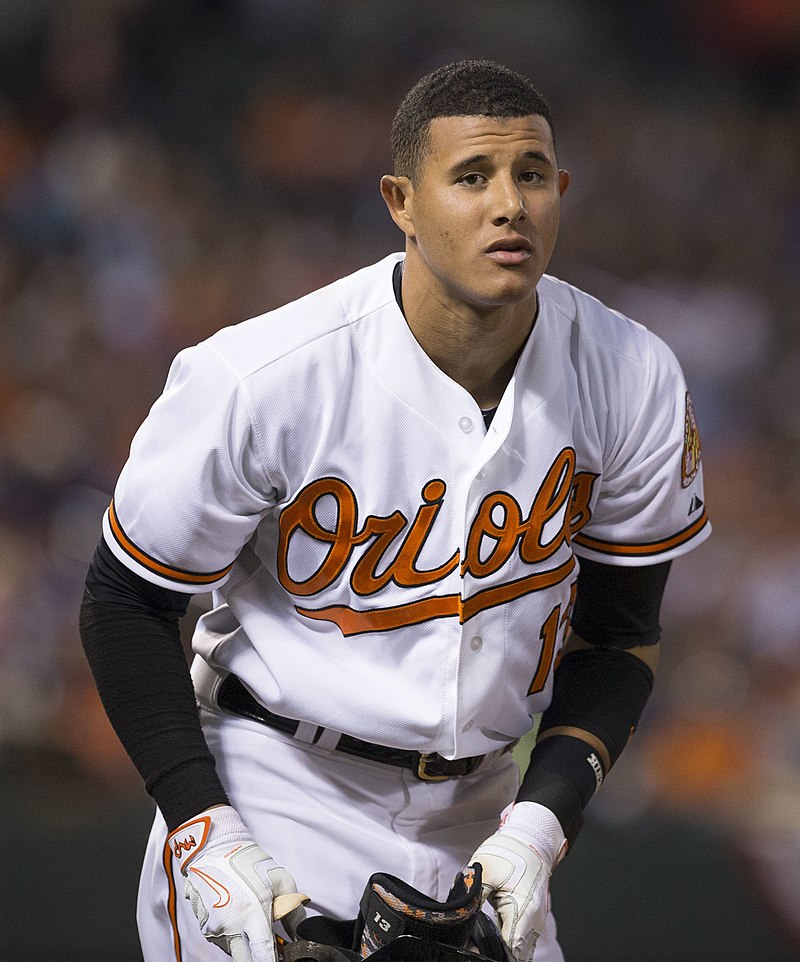 Look at that sad face? How can you not sign him? (Manny Machado pictured in 2015; photo by Keith Allison via Wikipedia)

I can’t take much more of this. First, the nation was in limbo because of the government shutdown. Now, my life is in limbo because no one has signed Manny Machado, Bryce Harper, Adam Jones, or Gio Gonzalez – my four favorite players! I’m reaching the breaking point.

Because of the Free Agent Shutdown, I can’t move forward with my life. I can’t plan a Spring Training vacation, because I don’t know who I will be rooting for. I can’t decide which MLB games to go to this season, because I just don’t know where Manny, Bryce, Adam, and Gio will be.

For the first time in a decade, I guess I won’t be meeting you in Florida for Spring Training this year. Last year, the Orioles broke my heart when they traded Manny and Jonathan Schoop, so I’m still mad at them and really don’t want to see them in Sarasota right now. It would be too sad without Manny, Adam, and Jonathan. Even if Cedric Mullins and some of my favorite former Baysox are there, it just won’t be the same. (And, by the way, are the O’s ever going to promote Garabez Rosa?)

Same with the Nats. Besides, since they abandoned Space Coast Stadium for fancier digs, I’m not all that in to their Spring Training anyway. And with no Bryce and no Gio, there’s just no point. I could go to Arizona, but I still wouldn’t know which teams to support – especially since Machado and Puig are no longer with the Dodgers.

The bottom line is, this isn’t hurting just me, its also hurting the economy. If I’m not spending money on plane tickets, game tickets, hotel, and food for Spring Training, its more than just me suffering. And lets not forget the fact that I can’t plan any in-season games since I don’t know which teams I might want to visit!

Baseball, I still love you. But I can’t go on this way. Please sign my guys, and please let it be to teams I can support. Otherwise, I might have to become a Yankees fan…

PS If you could manage to sign all four to the Padres (or the O’s or the Nats), I’d be happy once again!