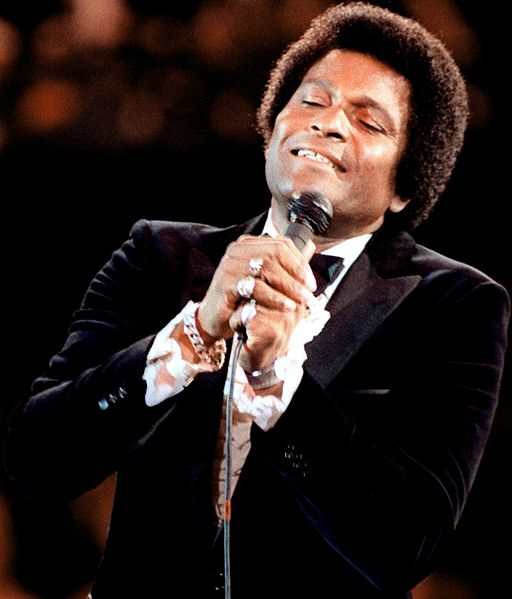 “When I saw Jackie Robinson go to the big leagues, I knew that was my way of getting out of the cotton fields.” ~ Charley Pride

Charley Pride’s dream was to play Major League Baseball. Instead, he ended up a Grammy-winning musician. He’s never been too far away from baseball, though.

Pride was born on March 18, 1938, in Sledge, Mississippi. After he was discovered pitching for a sandlot team against the Memphis Red Sox, Pride signed with Memphis and played for them in 1952. He then signed a minor league contract with the New York Yankees and was assigned to the Boise Yankees of the Class C Pioneer League in 1953. An injury that year sent to the Class D Fond du Lac Panthers of the Wisconsin State League. He also played for the Negro Leagues’ Louisville Clippers, who reportedly traded him and another player to the Birmingham Black Barons for money for a team bus.

Pride played for Birmingham again in 1954, and, according to Baseball-Reference.com, played for the Class C Nogales Yaquis in Nogales, Mexico, in 1955. He returned to the Memphis Red Sox in 1956, where he won 14 games as a pitcher and earned a spot on the Negro American League All-Star Team.

Pride spent the next two years in the Army. He completed basic training at Fort Chaffee, Arkansas, and he was stationed at Fort Carson, Colorado. In Colorado he was assigned to quartermaster duty and also played on the fort’s baseball team.

When his Army service ended, Pride wanted to find a way to be released from his contract with the Memphis Red Sox and remain in Colorado; but as he notes in his autobiography, “Curt Flood had not yet challenged [the system of being “owned” by a team for life] with his free-agency lawsuit and therefore the players had little leverage in dealing with the owners.” Thus, Pride returned to Memphis for the 1958 season. Despite being selected for the East-West All-Star Game that season, he was not able to negotiate a raise for the next season. So, he chose to sit out the 1959 season.

In early 1960, Pride responded to an ad in the Sporting News inviting players to try out for the Missoula Timberjacks of the Class C Pioneer League in Missoula, Montana. Unfortunately, he was released after 3 starts. It was then that he found out about the Montana State League, which was comprised of semi-pro and amateur teams sponsored by smelting companies. He got a job with the American Smelting & Refining Company in Helena, Montana. The company paid him $100 a week and put him on the company baseball team, the East Helena Smelterites. The Smelterites won the league championship that year.

Pride clipped newspaper stories of his work in the Montana State League and sent them to baseball teams hoping to get a spring tryout in 1961. Though teams like the Cubs turned him down, the California Angels told him if he could get to the spring training location in Palm Springs, California, by March 1, he could try out. After two weeks, they cut him, telling him he just didn’t have “a major league pitching arm.” So, Pride returned to his job in Montana and his position on the baseball team. The Smelterites won the league championship that year, too.

Pride planned on trying to get a tryout with the Mets the next season, but that winter he broke his ankle in an accident at work, making it impossible for him to try out during spring training. He was healed in time for the Smelterites season. The team won the league championship that year, as well.

It was during his time in the minors and in Montana that Pride also began to experience success in music. Whether it was playing on the team bus, or at local bars and music venues in Montana, he was beginning to get noticed. However, although his music career quickly took off, Pride continued his relationship with baseball.

In 1970, Pride was named an honorary member of the Milwaukee Brewers. He attended the Brewers’ spring training camp for three seasons after being invited by the team’s manager who was a country music fan. In 1974, he signed a minor league contract with the Texas Rangers so that he could play in some of their spring exhibition games – he even got a hit off of Jim Palmer of Baltimore Orioles fame.  In fact, Pride would become a fixture at Rangers’ games, having settled with his family in Dallas, Texas. In 2010, became a part-owner of the Rangers with Nolan Ryan and other partners.

In 2008, Pride and other living former Negro League players, including his brother Mack Pride, were “drafted” by each of the 30 Major League Baseball teams in a recognition of the achievements of the Negro Leagues; Pride was selected by the Texas Rangers. In 2013, Pride was presented the Jackie Robinson Lifetime Achievement Award by the Negro Leagues Baseball Museum in Kansas City.

If you haven’t checked out the documentary, Charley Pride: I’m Just Me, on PBS, you can watch it now on their American Masters website!