In case you don’t know what to do with that Bryce Harper jersey in the back of your closet!

We're all for DIY projects, but uhhh…. pic.twitter.com/i7ZgMElQoV

This is how my former Orioles fared on Opening Day:

I’ll be keeping an eye on these players all season long!

As we close out Women’s History Month, here is the championship game from last summer’s Women’s Baseball World Cup:

Opening Day 2019 is finally here! It was a rough off-season, but we survived! But my Machado-Padres shirt arrived the other night, so I am ready to go!

Who are you rooting for this season, and what is your Opening Day schedule? In honor of this important and revered holiday, I’m taking the day off and watching the following games: 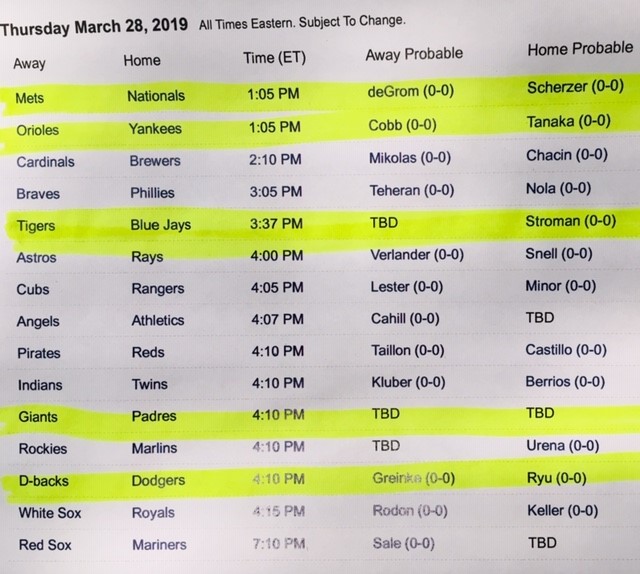 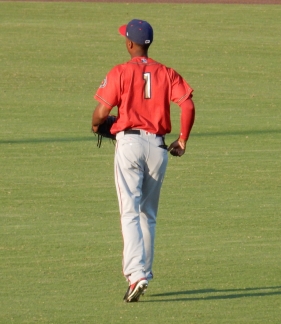 Michael Taylor with the Harrisburg Senators.

One more day to prepare for the annual festivities surrounding Opening Day.

One more day to dust off our jerseys, shirseys, and t-shirts and get ready to rep our favorite players.

One more day to review the schedules and make our game-watching plans.

One more day to save money for all the baseball expenditures we will undoubtedly incur over the next few months.

One more day to dwell on the miserable outcome of last season (unless you’re a fan of that team that won the World Series) and remember how to hope once again.

One more day to forgive our (former) favorite team(s) for trading or failing to sign our favorite players.

One more day to study-up on our (new) favorite team(s) and get ready for the season.

One more day to shake off the off-season blues.

Happy One Day Until Opening Day!

Only two more days! So, who remembers J.J. Hardy, no. 2 for the Baltimore Orioles? Another player abandoned by the Orioles and never picked up by anyone else. Ok, so maybe he was already 35 when they declined his option year, but still. After playing for the O’s for seven years, he was an integral part of the team. According to one article, in 2017, “Manager Buck Showalter warned anyone within earshot that Hardy wouldn’t truly be appreciated until he was gone, but the club didn’t make any attempts to negotiate a second extension.”

So, where is Hardy now? As of last August, he was living on a ranch in Montana with his family. Not a bad retirement. 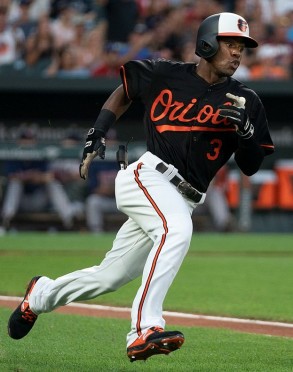 Just three more days until Opening Day! One bright spot of this season should be Cedric Mullins, one of my favorite Bowie Baysox who was promoted last year and now wears no. 3 for the Baltimore Orioles. Although I’ve vowed to be a San Diego Padres fan this year, since that’s where Manny Machado ended up, I’ll still be a Baysox fan and will occasionally pay attention to the Orioles so I can keep up with what Cedric is doing.

Four days until Opening Day! And the best of this week? Gio Gonzalez, another of my favorite players, signed a minor league contract with the New York Yankees. If Gonzalez makes it up to the Yankees, the contract will be worth $3 million, and the Yankees would become the fourth major league team Gonzalez has played for in addition to Oakland (2008-11), Washington (2012-18), and Milwaukee (2018).

Gonzalez, however, also has been with the Chicago White Sox and Philadephia Phillies organizations.  He was drafted by the White Sox in 2004 and played in their minor league system in 2004 and 2005 (for the Bristol White Sox, Kannapolis Intimidators, and  Winston-Salem Warthogs). In December 2005, he was the “player to be named later” in a deal that sent him and two other players to the Phillies for Jim Thome and cash. Gonzalez subsequently spent 2006 with the Class AA Reading Phillies. In December 2006, the Phillies traded him back to the White Sox along with another player in exchange for Freddy Garcia.

Gonzalez then spent another year in double-A, this time with the Birmingham Barons. Prior to the 2008 season, Gonzalez was traded again when the White Sox sent him and two other players to the Oakland Athletics in exchange for Nick Swisher. Gonzalez spent most of the year with the triple-A Sacramento River Cats, though he pitched in 10 games for Oakland. He split 2009 between Sacramento and Oakland before reaching Oakland for good in 2010.

In December 2011, Gonzalez was traded to the Washington Nationals, where he played for almost seven seasons before being traded to the Milwaukee Brewers on August 31, 2018. He was granted free agency in October.

Hopefully, the Yankees will keep him around awhile. 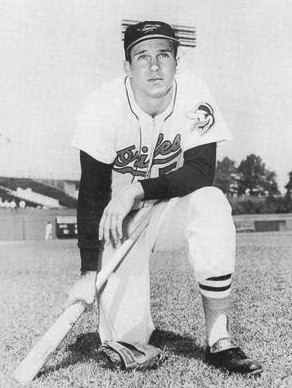 Since Robinson retired in 1977, no one had come near his prowess at third base – until Manny Machado came along. Unfortunately, the O’s traded Machado last year, rather than building the team around him. How many more years will it take for the O’s to find another third baseman like Brooks and Manny?

Our countdown continues with just six days left until Opening Day! Another favorite former Oriole, Jonathan Schoop, wore no. 6 for the 5 1/2 years he was with the O’s. The video below is a reminder of how important he was to the team. (And check out the reaction from Adam Jones – our former team captain.)