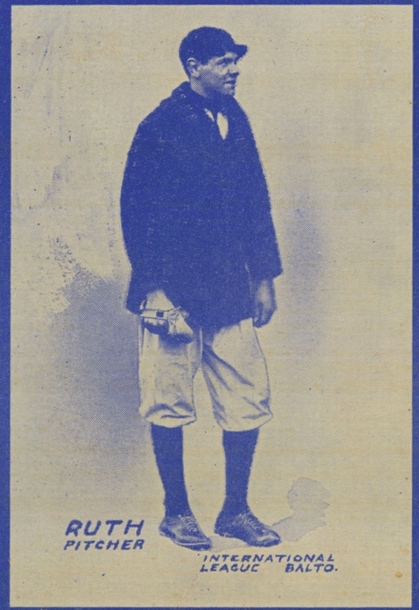 On this date in 1914, a 19-year old Babe Ruth played in his first professional game. Not for the New York Yankees or the Boston Red Sox, but for the Baltimore Orioles. Ruth, a native of Baltimore, had signed with the minor league team earlier that year.  On April 22, 1914, made his debut with the Orioles, pitching a 6-0 shutout against Buffalo. Unfortunately, the Orioles were not doing well financially and were forced to sell Ruth’s contract to the Boston Red Sox a few months later.