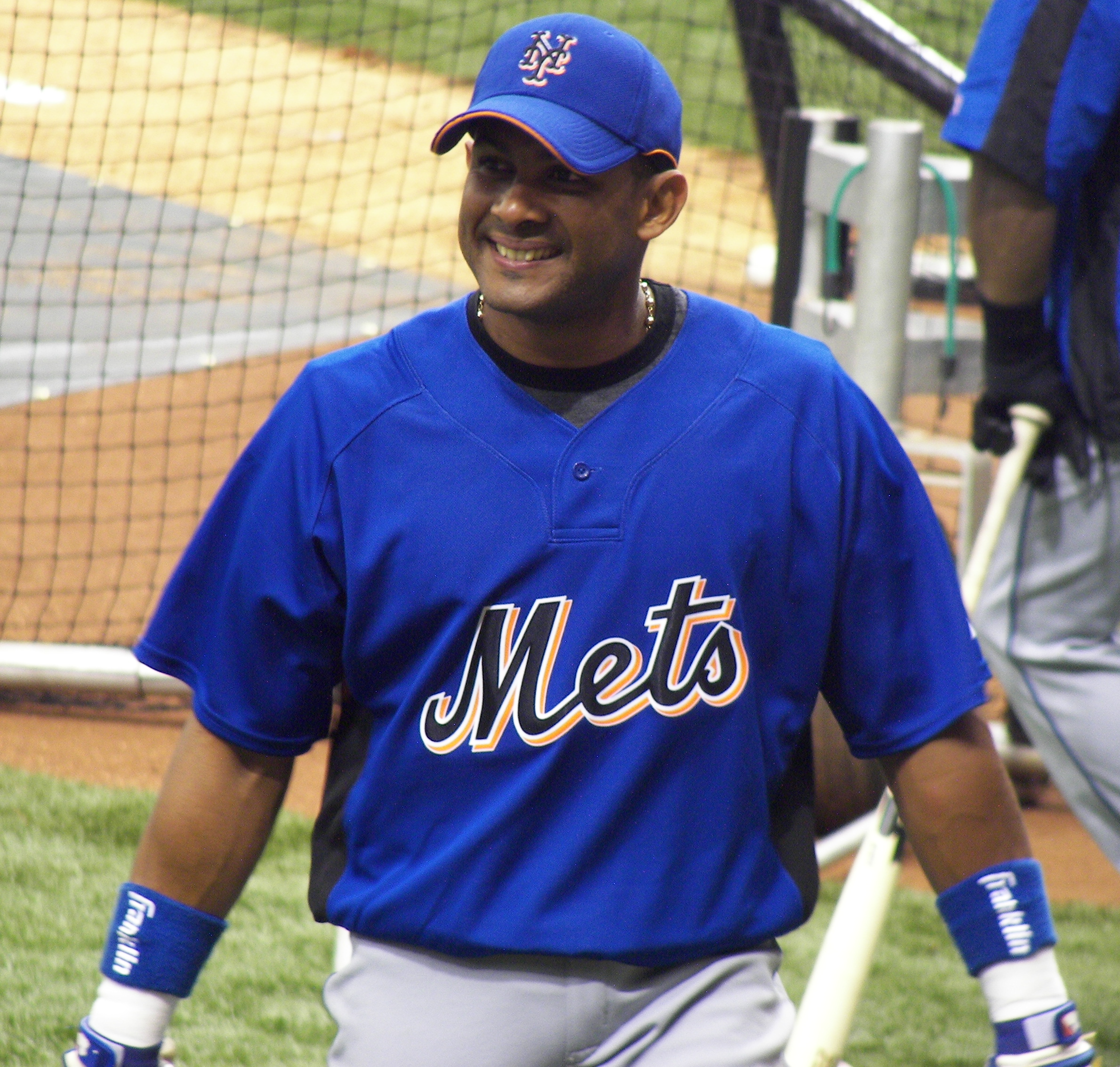 Fernando Tatis, Sr., with the Mets in 2007 (photo courtesy of Wikipedia)

I’d been meaning to look up Fernando Tatis, Sr., since we’re all getting to know Fernando Tatis, Jr., right now during his rookie season with San Diego. Turns out Fernando Sr. made history on this date 20 years ago. On April 23, 1999, Fernando Tatis Sr., playing for the St. Louis Cardinals, hit two grand slams in one inning against Chan Ho Park of the Los Angeles Dodgers. So, far, Fernando Sr. is the only ballplayer to accomplish that feat. Perhaps one day Junior will do it to.

Baseball runs in the Tatis family. Fernando Sr.’s father, Fernando Tatis, was an infielder in the Astros’ system from 1969 to 1978. After playing AAA ball between 1972 and to 1974, the elder Tatis finished his career in Columbus, GA, playing AA ball for the Columbus Astros. He retired in 1978, and remained with the Astros as a coach and scout. In addition, Fernando Tatis Sr.’s younger son, 17-year old Elijah Tatis, recently agreed to a deal with the Chicago White Sox that included a $500,000 signing bonus. The agreement becomes official in July, during the 2019-20 international signing period.