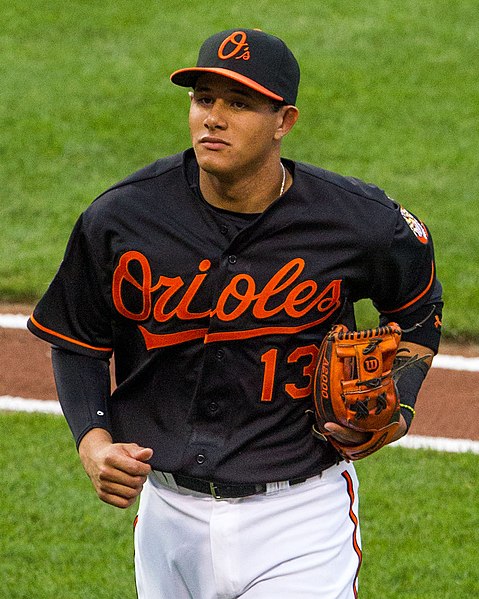 When Manny was ours, 2012 (photo by Keith Alison via Wikipedia)

My favorite player, Manny Machado, returned to Baltimore this week with his (and my) new team, the San Diego Padres. The fans warmly welcomed him, some of us nearly in tears.

I’m still mad at the Orioles for trading him away. Naturally, I was at the game on Tuesday, wearing my Manny-Padres shirt and my Lake Elsinore Storm cap. (I’m still working through my feelings on this, but will post more pics later this week.)

We miss you Manny!

In his return to Baltimore, Manny Machado strides to the plate to a standing ovation from the @Orioles faithful.#FriarFaithful pic.twitter.com/JwyHI3y3ro

Different but the same. pic.twitter.com/9mLuU5WkNk

Manny Machado’s in town w the Padres. One of the most talented players in O’s history & a major player in Bmore’s winning yrs fr 2012-16. He says the fans & the city will always have a special place in his heart. Is there any reason to think the feeling isn’t mutual? @WJZ ⚾️ pic.twitter.com/37HoEpG4sF

Manny Machado hits his 100th career HR at Camden Yards in his 2nd at bat with the #Padres in his return to Baltimore. The fans seemed to appreciate it too. pic.twitter.com/V2zJYgKZ2N

It’s been clear the past few days as he has talked about Baltimore and Camden Yards that Manny Machado loves the people and the park.
They obviously feel the same way. pic.twitter.com/UvupcJFCzY

#Orioles are set to take on Manny Machado and the Padres! Join us now on MASN2. pic.twitter.com/3bqndKovh8 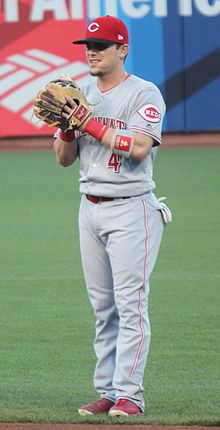 I stumbled upon some interesting stats on Baseball-Reference.com: Players’ average age, by league. They’ve calculated the leagues’ average player age, weighted by number of at-bats and games played. At first I was surprised to see that the league with the highest average batters’ average age is the Class A-Advanced Florida State League, with an average batters’ age of 31.1. Upon further research however, its rehabbing Major Leaguers that  driving up that average age, such as: Scooter Gennett, age 29, with the Daytona Tortugas; Josh Harrison, 31, and Jordy Mercer, 32, with the Lakeland Flying Tigers; Nelson Cruz, 38, with the Fort Myers Miracle; and a bunch of rehabbing Yankees with the Tampa Tarpons. Check out the stats below.

I haven’t seen this 2018 documentary, but the trailer is pretty compelling. The website for the film provides this synopsis:

“Despite the growing acceptance of lesbian, gay, bisexual and transgender Americans, sports continues to be an unsettling environment for many LGBTQ people on and off the field. Homophobia, transphobia, and a culture of secrecy strongly persist in American sports, often seen as the final frontier for LGBTQ equality. In the five major North American professional leagues – NFL, NBA, NHL, MLB, and MLS – where statistically we would expect hundreds of openly gay athletes, there are no openly gay male professional athletes currently competing. Alone in the Game is a powerful documentary that enters into the old boys’ club world of sport and examines this major dilemma at the professional, Olympic, collegiate, and high school levels – capturing rarely seen stories of struggle, perseverance, and triumph.”

The curious thing about the trailer is that there is there is only one brief scene referencing MLB. Did they interview Billy Bean? What about Sean Conroy, the first openly gay player who played for the Sonoma Stompers? I’ll have to figure out how to watch the documentary, and I’ll let you know.

The country is gearing up for the 50th Anniversary of the Apollo 11 Moon Landing, which will occur in a little less than one month, and baseball teams are definitely joining the party. The first team to celebrate NASA and Apollo 11 this year was the Fresno Grizzlies, who earlier this month gave fans a bobblehead of their mascot, Parker.

Baseball and the space program are a natural combo, as both reflect the history and values of society. Over the next month, I’ll share more space-related baseball info and events.

Detail on Parker’s box, which is modeled after the NASA logo:

Minor League Baseball put forth a concerted effort with their Strike Out Hate Campaign and joint advertising for the nearly 70 teams hosting Pride Nights. Major League Baseball may have had a greater percentage of their teams celebrating Pride, but it was still only 28 of them. Maybe its time MLB learned something from MiLB.

Pride flag on display above the entrance of Prince George’s County Stadium, home of the Bowie Baysox

The Bowie Baysox held their first-ever Pride event on June 13, 2019, partnering with a local LGBTQ+ organization, Annapolis Pride. The Baysox were just one of nearly 70 teams hosting Pride Nights and participating in Minor League Baseball’s “Strike Out Hate” Campaign.

Check out the scenes below from the game, and check out my post tomorrow in which I’ll compare the Washington Nationals Pride Night to the Baysox event! Who did Pride better?

As I reported last week, a record number of minor league teams are celebrating Pride Month. I posted the remaining schedule last week, but its also interesting to know what the other teams did for Pride Month. Below are the events that were held prior to last week. Plus, check out the video below from the Hartford Yard Goats.