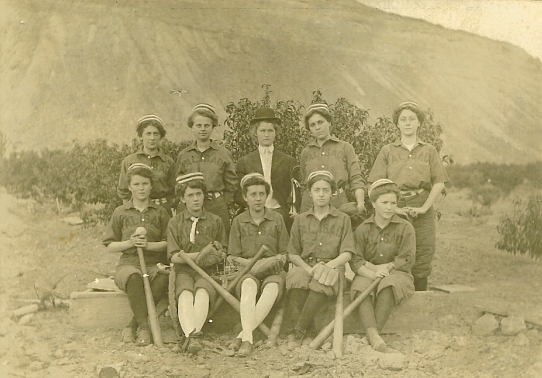 Today marks the 99th anniversary of the passage of the 19th Amendment, which gave women the right to vote. Women’s Equality Day was first celebrated in 1973, and has been noted with a presidential proclamation each year since them.

So, how are women faring in other social realms… including baseball?

Most of us are familiar with the All-American Girls Professional Baseball League, which was established in 1943 and ended in 1954. Many of us might remember the Colorado Silver Bullets, a women’s professional baseball team that played from 1994 to 1997.  Fewer of us might remember that time (1984) Bob Hope founded an all-women’s minor league team (that was not allowed to enter the Florida State League). Other attempts have been made to create women’s baseball leagues and some women have even made progress in the independent leagues or as umpires or broadcasters, but these women have been the exception rather than the rule.

What about elsewhere in baseball? In 2018, the Institute for Diversity and Ethics in Sports noted that women occupied nearly 32% of MLB front office jobs, which was a increase from 29% in 2016. Women accounted for 24% of senior executive level positions, up from 21% in 2016.

Women in MLB include the following:

Women are making progress in baseball and opening doors for others. Hopefully, their success will continue.