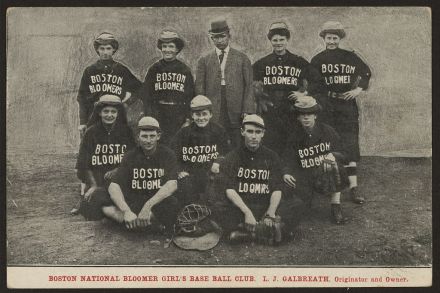 Today is “Women’s Baseball Day” – commemorating the first professional women’s baseball game in which fans were charged an entrance fee and women players were paid. It occurred on September 11, 1875, in Springfield, Illinois. The Blondes beat the Brunettes 42-35, although only three of their runs were earned. According to MLB.com’s Cut4, the games played by these two teams “were meant to be more like vaudeville shows.” Several of the players were actresses who learned the game from the event organizers.

Since then, women’s baseball has become a serious endeavor. The early 20th Century saw the “Bloomer Girls” and the All-American Girls Professional Baseball League debuted in 1943. Currently, women are having success in amateur and professional baseball, but there is more work to be done.