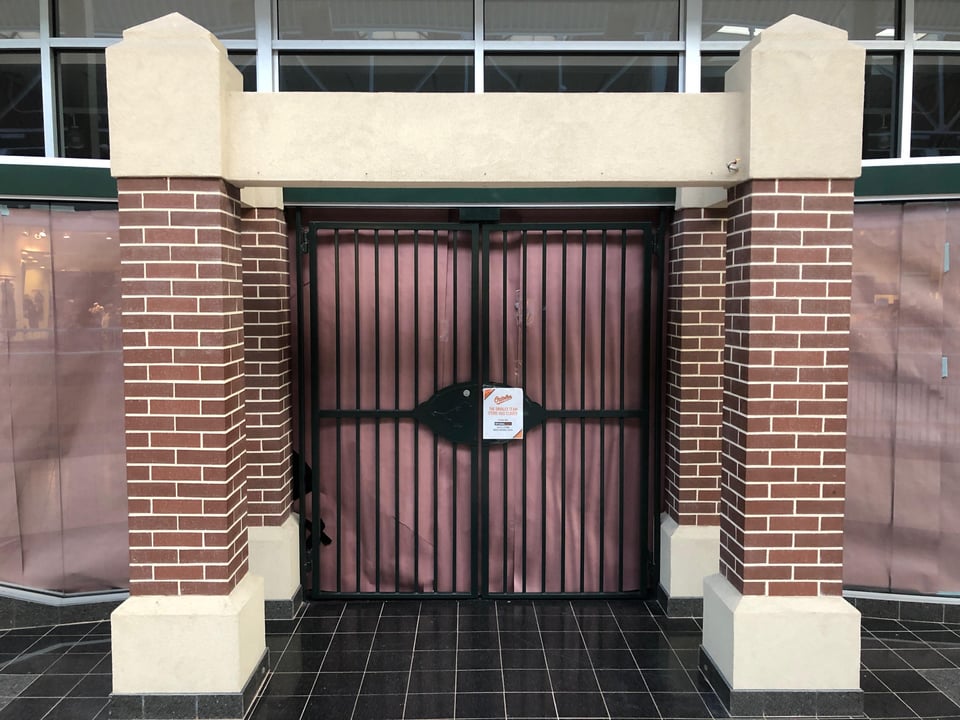 Ok, so this happened several months ago, but I was sad to learn that the Baltimore Orioles “official team store” in York, PA, has closed. The photo to the left is emblematic of the Orioles’ performance this year: very, very pitiful.

Back in the ’90s, the O’s had retail stores in Washington, DC; Seabrook, MD; and York, PA. Fans could go there to get team merch, meet players, and do last-minute holiday shopping. I got Mike Devereaux‘s autograph at the Seabrook store and often went to the DC store to buy tickets – where they didn’t add on any ticket fees. It was awesome having those stores in convenient places. The great thing about the store in York was that you could still get traded-away player’s jerseys there and other cool stuff that you might not notice if shopping on-line or in the always crowded stadium store.

Is this just another victim of the retail apocalypse or a symptom of the Orioles’ lackluster season? (Or, perhaps, karma for trading away Manny?)

By comparison, several teams have still official team stores at other locations than just inside the stadium: the New York Yankees, Los Angeles Dodgers, Seattle Mariners, Texas Rangers, Colorado Rockies (they have five!), and San Francisco Giants. Even the Miami Marlins have an official team shop at the airport! And let’s not forget the not-even-playing-yet minor league Rocket City Trash Pandas have their own store at a shopping center in in Huntsville, Alabama.

Over the years as I’ve traveled, I’ve stumbled upon official team stores in New York, Seattle, and Cleveland, and it was kind of thrilling to be in the team’s “official” shop. (And I didn’t even like the Yankees back then.) Sure, there are sports shops near a lot of stadiums and we can find team gear at places like Target, Wal-Mart, and even Macy’s. Amazon.com and the official MLB on-line stores are always there ready to serve. Some teams keep their stadium stores open year-round, which is also kind of nice. But there’s nothing like wandering around a city during the off-season and finding the local team’s store ready and waiting for you. They provide comfort during the long off-season and remind us that our beloved baseball will return once again.

Next time I’m in Miami, I’m going to that store in the airport.