If you’ve been watching the Caribbean Series this week, you’ve probably noticed that the games are taking place in Hiram Bithorn Stadium. But who is Hiram Bithorn? He was the first baseball player from Puerto Rico to play Major League Baseball. Bithorn played only four years in the Majors for the Chicago Cubs (1942-43, 1946) and the Chicago White Sox (1947).

Hiram Gabriel Bithorn Sosa was born in Santurce, Puerto Rico, on March 18, 1916. He was of Danish/German/Scottish and Spanish descent. Bithorn was a natural athlete, playing volleyball and basketball in addition to baseball. At the age of 20, he signed with the Norfolk Tars of the Class B Piedmont League. He also played for the Binghamton Triplets of the Class A New York-Penn League in 1937 and  1938, as well as the Class AA Newark Bears in 1938. He also played winter baseball for the Senadores of San Juan, becoming the manager of the team in 1938 when the previous manager resigned only two weeks into the season. At age 22, he was the youngest manager in the Puerto Rican Baseball League’s history.

In 1943, Bithorn joined the U.S. Navy, serving at San Juan Naval Air Station in Puerto Rico. There he was also player-manager of the baseball team. He was discharged from the Navy in September 1945 and played for San Juan that winter, where he injured his hand in a game in February 1946.

Bithorn returned to the Cubs in 1946, but only won 6 games (and losing 5) that year. His contract was sold to the Pirates in January 1947, but he was put on waivers two months later and was selected by the White Sox, where he made only two appearances in 1947. Bithorn returned to baseball in 1949 after undergoing surgery in 1948. He played for both the Nashville Volunteers and the Oklahoma City Indians in 1949, which was his last year as a player. He was an umpire in the Pioneer League in 1951.

Bithorn attempted a comeback in the Mexican Pacific League in 1951 at the age of 35. Sadly, he was shot and killed after an altercation with a police officer in Mexico in December of that year. He was buried in Santurce on January 13, 1952.

In 1962, Puerto Rico honored Bithorn by naming the stadium in San Juan after him.

Ozney Guillen with the Tri-City ValleyCats (photo courtesy of LinkedIn)

The manager of the Colombian team in this year’s Caribbean Series is Ozney Guillen, son of former Major League manager, Ozzie Guillen. Ozney was born on January 3, 1992, in Boca Raton, Florida. In 2010 he was drafted by the Chicago White Sox in the 22nd round of the amateur from Monsignor Edward Pace High School in Miami Gardens, Florida. Instead of signing with the White Sox, however, he attended Miami Dade College and St. Thomas University. Ozney was not drafted in subsequent drafts.

In 2019, Guillen managed the Tri-City ValleyCats, the Houston Astros’ Short Season-A affiliate in the New York-Penn League. The team had their home opener on Father’s Day, with Ozney’s father on hand. The Valley Cats went 32-42 under Guillen’s guidance.  His season was not without controversy, though. In a game against the Vermont Lake Monsters in June last year, Guillen was ejected from a game after arguing with an umpire. He was ultimately suspended for two games for the episode for swearing at the umpire. In August, Guillen stated that he was “not a fan” of minor-league playoffs and preferred that his players get rest after the season. This caused several to second-guess his team’s losing record for the season. The Astros announced they would not retain Guillen for the 2020 season.

He currently manages Los Vaqueros de Monteria, who are representing Colombia in the Caribbean Series.

I’m totally with that one guy that didn’t vote for Jeter. Perhaps he’s an O’s fan. Perhaps he remembers “The Incident.” I hope we never know who he or she is, so his/her secret hero identity can remain intact. However, when you buy tickets for when the O’s visit the Yankees during Spring Training, the Yankees never stop bother you. The last email they sent included the graphic below. I particularly like how it highlights that growing bald spot. 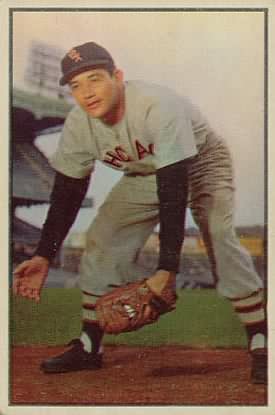 Alfonso Carrasquel Colon was born on January 23, 1926, in Caracas, Venezuela. While still a teenager, Carrasquel played for the Venezuelan National Team, which won the 1945 Amateur World Series. The following year he joined the Cerveceria Caracas team of the Venezuelan Professional Baseball League. He hit the first home run in the league’s history.

Carrasquel was signed by the Brooklyn Dodgers in 1949 and was assigned to the Montreal Royals. However, the team’s manager, Clay Hopper, would not play him since he didn’t speak English. Thus, Carrasquel was reassigned to the Fort Worth Cats. While there he hit .315 for the season and .364 during the post-season, helping the Cats win the 1949 Texas League championship.

Carrasquel was traded to the Indians, where be played from 1956 to 1958. He was traded to the Kansas City Athletics in June 1958 and to the Baltimore Orioles in October that same year. In May 1959, he suffered an eye injury that left him with only fifty percent vision in his left eye. After a disappointing season, the Orioles released him in December. He signed with and was released by the Chicago White Sox in early 1960 and then signed with the Montreal Royals, but was released in April 1960.

Carrasquel continued to play in the Venezuela Winter League until 1967 and later became the manager of the Leones del Caracas. He also worked as a scout for the Kansas City Royals and New York Mets and later served as color commentator for the White Sox Spanish language broadcasts. He was also the team’s Community Relations Representative until 2002.

Carrasquel passed away in Venezuela in 2005. He was inducted into the Latino Baseball Hall of Fame in 2010. Check out Carrasquel’s bio from the Society of American Baseball Research.

In honor of Robin Ventura’s return to school, here’s the footage of his infamous 1993 benches-clearing incident with Nolan Ryan:

It’s never too late to go back to college to finish your degree. Yesterday, the news broke that 52-year old Robin Ventura was returning to Oklahoma State University to complete the degree he started back in 1986. While in school, Ventura will also be a “student assistant” for the baseball team.

Ventura won’t be the only former Major Leaguer on the OSU coaching staff. Matt Holliday joined the coaching staff last year as a volunteer assistant coach. Matt’s brother Josh is the current head coach and their father Tom coached there from 1997 to 2003. (Oh, and, by the way, today is also Matt’s birthday!) Happy Birthday to Jermaine Allensworth! Perhaps you don’t remember Allensworth; after all, he only played four season in MLB, from 1996-99, for four teams. But he was memorialized by Tracy Morgan in a 1997 episode of Saturday Night Live.

Allensworth was born on January 11, 1972, in Anderson, Indiana. In his 15-year career, he played for 12 different teams in both MLB and the minor leagues:

Allensworth made his Major League debut on July 23, 1996. In his four Major League seasons, he played in 342 games with 1,031 at-bats. His lifetime batting average was .260 with 15 home runs. He played in 683 Minor League Baseball games, batting .282 with 30 homeruns. He spent the last 5 years of his career in the independent leagues, where he played in 437 games, batting .297 with 19 homeruns. Check out all of his stats on Baseball-Reference.com.

Allensworth was inducted into the Purdue Intercollegiate Athletics Hall of Fame in 2018.