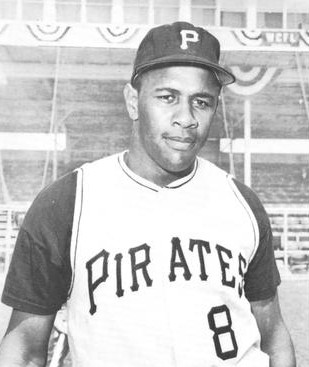 To me, baseball has always been a reflection of life. Like life, it adjusts. It survives everything.
– Willie Stargell

What a great post for this trying, baseball-less time!

Happy Monday – hang in there, everyone!

On what would have been Opening Day, Fanatics apparel company and MLB announced that Fanatics would be producing hospital masks and gowns, instead of MLB uniforms, to aid in the fight against coronavirus. To start with, they are using the fabric that is normally used to produce New York Yankees and Philadelphia Phillies’ jerseys:

We’re proud to partner with @MLB to support emergency personnel who are fighting against COVID-19 and face a need for masks and hospital gowns. We're utilizing our manufacturing plant in Easton, PA to make masks and gowns out of the same jersey fabric that the players wear pic.twitter.com/5jEg1B2iUa

A-Rod thinks its a good idea:

Couldn’t be prouder of our game right now. #RobManfred & @MichaelGRubin have stepped up to the plate. @MLB & @Fanatics have halted the production of MLB player jerseys & are using that same jersey fabric to produce masks & hospital gowns to help frontline emergency personnel. pic.twitter.com/4tOkTNmqz1

And ESPN interviewed Fanatics’ company chairman, Michael Rubin, on this and other issues:

We may not have any new stats right now, but there are still plenty of baseball stats out there to study! Today, in honor of Dorothy Moon Stickney’s birthday (she would have turned 99 today; unfortunately she passed in 1996), I am posting her AAGBPL stats. Stickney played for the Rockford Peaches for only one season.

Recently I stumbled upon a cool YouTube video that has pictures of the Camden Yards area of Baltimore before Oriole Park at Camden Yards was built. I figured I’d post it today since yesterday was supposed to be Opening Day.

Babe Didrikson Zaharias is one of the most celebrated athletes in U.S. History, perhaps best known for her accomplishments in track and field and golf. Born Mildred Ella Didrikson, “[s]he acquired the nickname ‘Babe’ – a nod to one of the greatest baseball players in history, Babe Ruth – after she hit five home runs in a childhood baseball game,” according to the International Olympic Committee.

Zaharias tried her hand at several different sports, including baseball. During Spring Training in 1934, she appeared in three baseball games. In her first game on March 20, Zaharias pitched one inning for the Philadelphia Athletics against the Brooklyn Dodgers allowing no hits and one walk. She appeared in her second game on March 22, pitching for the St. Louis Cardinals against the Red Sox. She gave up three runs in the first inning before being taken out of the game. In her third game, on March 25, 1934, Zaharias, pitching for the New Orleans Pelicans, pitched two scoreless innings against the Cleveland Indians.

Happy birthday to Lucille Moore! Moore would have turned 102 today (she passed away in 2004). She was a chaperone for the South Bend Blue Sox of the All-American Girls Professional Baseball League. Chaperones were assigned to each team and acted as surrogate mothers to the players. They traveled with the team and were responsible for making hotel reservations, disbursing payroll and meal allowances, laundry, social engagements, and enforcing curfews.

Lucy Moore was born on March 25, 1908, and attended Indiana State Teachers College. She was a physical education teacher and swim coach for South Bend Central High School. She served as a chaperone for the South Bend Blue Sox between 1945 to 1948. According to the AAGPBL website, the players were very fond of her and nicknamed her “Too-Ra-Loora.”

Unfortunately, I couldn’t locate any additional information on Lucy Moore, though you can search the Winthrop University archives for pictures of Moore. Also, check out a picture of Moore with other AAGPBL chaperones online from the Baseball Hall of Fame. 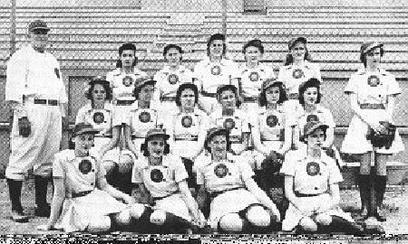 On this date in 1911, Helene Hathaway Robison Britton became the first woman owner of a Major League Baseball team. Britton inherited the St. Louis Cardinals after the death of her uncle, Stanley Robison.

Britton was born on January 30, 1879, into a future baseball family. Her father, Frank Robison, owned the Cleveland Forest Citys (later known as the Cleveland Spiders) from their establishment in 1887 until 1899. Frank and his brother Stanley also owned the St. Louis Cardinals from 1899 to 1911. Stanley managed the team for the last 50 games of the season in 1905, during which time the team went 19-31. In 1891, Frank Robison paid for the building of League Park in Cleveland, Ohio.

In 1891, Helene married the president of the Cardinals, Schuyler Pearson Britton (they divorced in 1916). When her Uncle Stanley passed away in 1911, she inherited the team (her father having passed away in 1908). Upon taking over ownership, Helene was interviewed by reporter Marguerite Martyn of the St. Louis Post-Dispatch who, according to Wikipedia, asked, “’Don’t you think being a woman will handicap you in accomplishing anything in this particular field, so thoroughly monopolized by men?’” Helene responded:

“’On the contrary, I think there are some ways in which I can take a positive stand and actually aid the prosperity and popularity of baseball by very reason of my sex. … I shall feel it my duty as well as my pleasure and advantage not to shrink from doing everything in my power to further the interests of the Cardinals. And the team is not for sale.’”