Since we’re nearing the end of Asian Pacific Heritage Month, let’s recall that time when my favorite Korean baseball player did a rehab stint with my favorite baseball team, the Bowie Baysox. In July 2016, he appeared in two games for the Baysox, going 2-for-7 with one home run (check out the abbreviated box scores below): 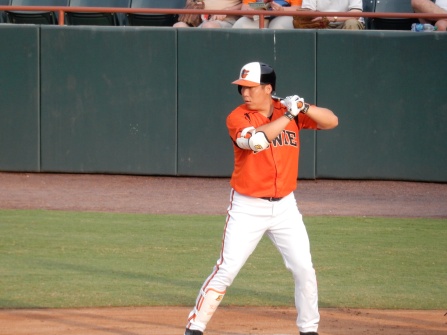 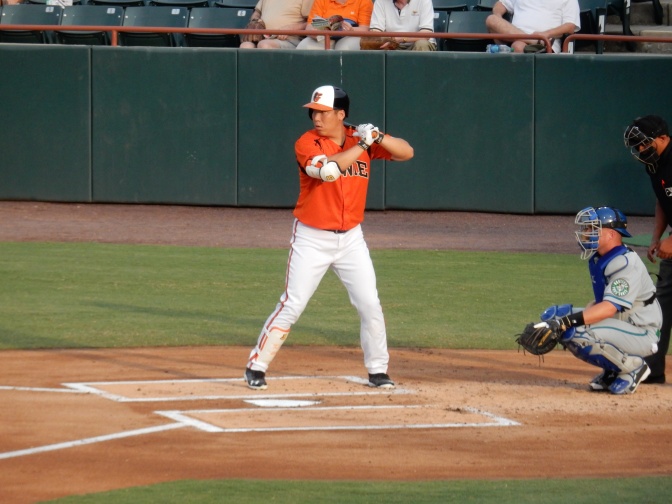 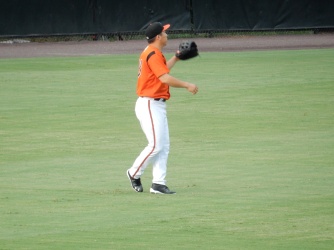 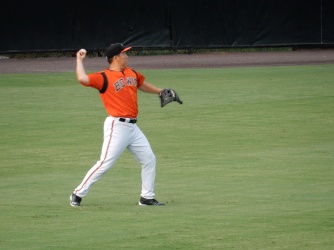 a-Flied out for Kim in the 7th.

Alonza Benjamin Bumbry was born on this date in 1947 in Fredericksburg, VA. Bumbry signed with the Baltimore Orioles in 1968 after graduating from Virginia State College (now Virginia State University). After 35 games with the Stockton Ports in 1969, he put his baseball career on hold to fulfill his two-year military service obligation with the U.S. Army. He was a platoon leader from July 1969 to June 1971 during the Vietnam War and earned a Bronze Star for his service. He returned to the Orioles’ organization in 1971, playing for the Aberdeen Pheasants in 1971 and for the Asheville Orioles and Rochester Red Wings in 1972.

Yesterday, I posted a video of Aderlin Rodriguez, talking about his experiences in Japan playing for the Orix Buffaloes. I became a fan of Rodriguez when he was with the Bowie Baysox, the double-A affiliate of the Baltimore Orioles. Thanks to Baseball Reference, we can get a snapshot of his career stats, so far:

As you probably know, one of my all-time favorite players, Adam Jones, signed with the Orix Buffaloes in Japan during the off-season. Another of my favorites, Aderlin Rodriguez, formerly of the Bowie Baysox, is also new to the Buffaloes. Check out his thoughts about playing in Japan from a month ago:

Former Orioles catcher Andy Etchebarren died Saturday at the age of 76. Etchebarren was born in Whittier, California, on June 20, 1943, and was of Basque descent. He made his MLB debut with the Baltimore Orioles on September 26, 1962; in his career he was a catcher for the Baltimore Orioles, California Angels, and Milwaukee Brewers. His last MLB appearance was on April 20, 1978, for the Brewers. Rather than reiterate the tributes already written about him, I’ve provided a few links below:

What interests me most is his record as a minor league coach and manager. In 1984, he was the manager of the Stockton Mudville Nine, the class A affiliate of the Milwaukee Brewers. He served in various positions with the Brewers after that, including first base coach in 1985 and bench coach in 1987.

Beginning in 1993, Etchebarren managed several Orioles minor league teams. From 1993 to 1995, he was the manager of the rookie-leave Bluefield Orioles. Bluefield finished in 1st place in the league 1993 and 1995. For the next two years he served as bench coach with the Orioles, then returned to manage Bluefield in 1998.

He moved up the ranks to manage the single-A Frederick Keys in 1999 and the double-A Bowie Baysox in 2000. In 2001 and 2002, he managed the triple-A Rochester Red Wings. Between 2003 and 2006, Etchebarren was the Orioles “roving” minor league catching instructor and from 2005 to 2007, he managed the short-season-A Aberdeen IronBirds.

Etchebarren then moved on to the independent Atlantic League: he was a coach for the Southern Maryland Blue Crabs in 2008 and 2009 and then became the manager of the York Revolution, where he managed the team until his retirement after the 2012 season. Under his watch, the Revolution won the league championship in 2010 and 2011.

Current General Manager of the York Revolution, John Gibson, stated that next season the team will honor Etchebarren by wearing a patch with Etchebarren’s initials on their uniforms.

SmartAsset has released their annual list of the Best Minor League Baseball Towns. This year, my favorite town, Bowie, MD, home of the Bowie Baysox, makes the list at #23!

Now, I’m not sure I’d agree with everything that goes into these scores. (For example, the Game Day-Experience Score is skewed toward triple-A teams, as the cities with AAA teams get higher scores and have a larger stadium capacity.) But it is fun to see how the list changes from year to year.

Check out the top 25 in the table below. How many of these Minor League towns have you been to? Do you agree with the list?

Congratulations to the Bowie Baysox, who won a Golden Bobblehead Award for their Moon Landing Specialty Jersey. The Baysox donned these awesome jerseys on July 20, 2019, to celebrate the 50th anniversary of the Apollo 11 Moon Landing.

The Golden Bobblehead Awards are given out each year at the Minor League Baseball Innovators Summit. The 2019 Summit was held last week. The award categories are as follows:

The 2019 Golden Bobblehead for the Best Specialty Jersey goes to…

Thank you to EVERYONE who voted for our 50th Anniversary Moon Landing Jersey to win the golden bobble head award from @MiLB! Thanks to #MadeByOTSports for producing these awesome jerseys!! We’re bringing home the gold! pic.twitter.com/e67E72XJLi

WE WON THE GOLDEN BOBBLEHEAD!!!!! https://t.co/sVurRWTf5v