On Thursday, U.S. Reps. David Trone (D-Md.), William Lacy Clay (D-Mo.), and Ann Wagner (R-Mo.), and Sen. Roy Blunt (R-Mo.) held a news conference to call for the inclusion of Curt Flood in the Baseball Hall of Fame. The lawmakers are urging the Hall’s Golden Days Committee to nominate Curt Flood when they meet in December. Joining the congressional efforts are the Players’ Associations of all major sports.

Join me, @RoyBlunt, @LacyClayMO1, and @RepAnnWagner at our press conference today to urge All-Star baseball player Curt Flood's induction into the MLB Hall of Fame. #CurtFlood50

Curt Flood's legacy as a Cardinals player, advocate, & leader for the sport is still being felt today, & it is clear he has earned his spot in the Hall of Fame.

I joined my colleagues in calling for him to be inducted into the Hall of Fame.

Great being able to meet with members of Congress and the other Players’ Associations today in order to kick off the push to get Curt Flood into the National Baseball Hall of Fame! #CurtFlood50 pic.twitter.com/49MwtymJhE

Together with our fellow Players’ Associations, the NBPA fully supports congressional efforts to have Curt Flood inducted into the National Baseball Hall of Fame. #BlackHistoryMonth #CurtFlood50 pic.twitter.com/5O7H28GzbM

Along with our fellow Players’ Associations, the MLSPA fully supports the congressional efforts to have Curt Flood inducted into the National Baseball Hall of Fame. @MLB_PLAYERS, @NHLPA, @NFLPA, @TheNBPA#CurtFlood50 pic.twitter.com/03BeSEAzUz

Together with our fellow Players’ Associations, the NHLPA fully supports congressional efforts to have Curt Flood inducted into the National Baseball Hall of Fame. #CurtFlood50 #BlackHistoryMonth pic.twitter.com/in861wsEep

On June 19, 1972, the U.S. Supreme Court ruled in favor of Major League Baseball in the case Flood v. Kuhn (407 U.S. 258). Although the ruling upheld MLB’s use of a reserve clause, it ultimately opened the door to free agency in baseball by galvanizing the players to organize and address the issue through the Major League Baseball Players Association (MLBPA). In his dissent, Justice William O. Douglas noted that the case that had exempted MLB from the Sherman Antitrust Act, Federal Baseball Club v. National League (259 U.S. 200, 1922), had benefited the owners, not the players or the fans:

“Baseball is today big business that is packaged with beer, with broadcasting, and with other industries. The beneficiaries of the Federal Baseball Club decision are not the Babe Ruths, Ty Cobbs, and Lou Gehrigs. The owners, whose records many say reveal a proclivity for predatory practices, do not come to us with equities. The equities are with the victims of the reserve clause. I use the word “victims” in the Sherman Act sense, since a contract which forbids anyone to practice his calling is commonly called an unreasonable restraint of trade” (407 U.S. 258, at 286-288).

Although Curt Flood lost the case and never really played baseball again, he paved the way for the players that came after him. In 1975, pitchers Andy Messersmith and Dave McNally became free agents after winning their arbitration case, effectively ending the use of the reserve clause. The following year, the MLPBA negotiated a new collective bargaining agreement (CBA) which expanded free agency. Subsequent CBAs have further expanded and clarified free agency.

It’s Valentine’s Day, and I still don’t know which team to give my heart to.

The other day I said, “We should go to Miami, visit family, hang out at Versailles, and see a Marlins game.” Then it struck me (again): how can we plan a trip to see the Marlins when we don’t know which team we want to see them play? How can I plan anything when I don’t know which team(s) I’ll be following this year?

I noted previously that I feel like my life has been in limbo because of this Free Agency Shutdown. Every day I google  “Manny Machado” and “Bryce Harper” desperately hoping for news. This, in fact, occurs several times a day. It’s beginning to feel like I’m living the same day over and over again. And I feel like all of the social media posts and articles on Spring Training are mocking me. Spring Training should be a joyous time of year – not a time of desperation and unease. This is not the Valentine’s Day we are looking for.

Phil Rosenthal of the Chicago Tribune is apparently feeling the same way. Yesterday he wrote,

“After reading Manny Machado was spotted with Kyle Schwarber at the baptism for Albert Almora Jr.’s son, I want more Manny news. I want to know where he is at all times and who is with him. Like the Stanley Cup. Or a Kardashian. Going out for food. Hanging out by the pool. Attending a school recital. Seeing the new Rebel Wilson rom-com. Driving for Uber. Where’s my MannyGram app?”

He also had a great solution to our dilemma:

“Maybe Machado and Bryce Harper should sign with Netflix. Put them in an RV and have them travel to major-league ballparks around the country. They could talk to fans about why owners charging a markup of more than 1,000 percent on beer can’t cover the cost of a top free agent. They could confront owners, asking on camera why teams couldn’t use their talent and what a fair price for their services might be. Let them surprise kids at Little League fields along the way, too, offering playing tips, signing autographs, explaining how arbitration works and the way free agency is supposed to go.”

Rosenthal went on to discuss free agency and labor issues in MLB (I’ll stop quoting him, though, just read the article). And this is where the Baseball Sociology comes in: this is not about players’ greed or owners’ stating they are losing money. It’s about workers rights, the labor market, and business negotiations. One hundred free agents remain unsigned. Is the free agency system “broken,” as Justin Verlander suggests? 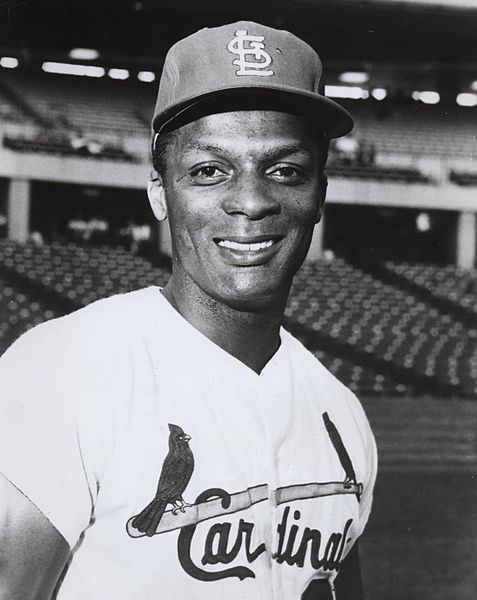 To analyze this fully could result in an entire dissertation or multi-volume encyclopedia set. But it’s important to know the facts. We’re coming up upon the 50th anniversary of the infamous trade of Curt Flood from the Cardinals to the Phillies, which set us on the path to free agency. We’re also heading toward the end of the current MLB collective bargaining agreement (in December 2021), which means  a lot of negotiations are coming.

Here are a few sites to help put the free agency issue into perspective:

Of course, the best source of information on free agency and players’ rights in Marvin Miller’s book, A Whole Different Ball Game: The Sport and Business of Baseball. This book is a must-read!

What’s missing from that list, however, is information on how this impacts the fans. Because right now, all I want to know is: which team will be my Valentine?