Over the past several years, my annual Memorial Day post has sought to remind us that Memorial Day is a holiday to honor and remember those who died while serving in the Armed Forces. While baseball fans have the day off, players don special uniforms, MLB tries to sell us those special uniforms, and Justin Verlander continues to educate us about Memorial Day poppies, its also important to take time to think about what Memorial Day really means. Last year we honored Elmer Gedeon, baseball player and Army Captain, who died during World War II. This year, we remember Dell Chambers, who died while serving in Vietnam.

Udell Chambers was born on February 2, 1948, in Clayton, Missouri, and attended Kirkwood High School in nearby Kirkwood, MO. According to the website, Baseball’s Greatest Sacrifice, developed by Gary Bedingfield, “Dell was perfectly suited as a shortstop or centerfielder, and he was the prototype leadoff hitter. He possessed such remarkable baseball talent during his prep years that he was recruited by the Atlanta Braves during his senior year in 1966. He reported to Sarasota (Florida) of the Gulf Coast League and was playing professional baseball just weeks after receiving his cap and gown.”

At the age of 18, Chambers signed with the Atlanta Braves and was assigned to the Gulf Coast League Braves. The next season he was promoted to the Class A Lexington Braves of the Western Carolinas League. In 1967, he batted .325 with 12 home runs and 64 RBI. He received his draft notice in September 1967, just after the end of the season. He was assigned to the U.S. Army’s 1st Infantry Division and did basic training at Fort Sill in Oklahoma. His unit was sent to Vietnam in February 1968, two weeks after the beginning of the Tet Offensive. On the night of June 21, 1968, Chambers was stationed just outside the city of Da Nang in the Binh Duong Province when the North Vietnamese attacked. Chambers and two fellow soldiers from his unit, Sgt. William Law and PFC James Zyboyovski, died in the attack. Chambers was just 20 years old.

Chambers was posthumously awarded the Purple Heart, the National Defense Medal, the Vietnam Service Medal, and the Vietnam Campaign Medal. As the Baseball Greatest Sacrifice website notes, “[Chambers] was very well liked by those who knew him; he had tremendous potential as a baseball athlete; and he served his country during a most unpopular war and paid for it with his life. We all owe him our indebted gratitude.”  Thank you for your sacrifice, PFC Chambers.

Have a safe and happy Memorial Day, everyone! 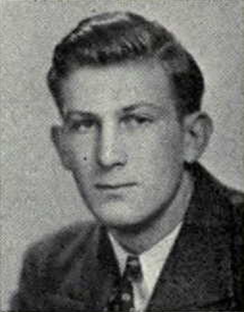 Memorial Day may be the unofficial start to summer, but its also a federal holiday to remember those who died while serving in the armed forces. In conducting research for this post, I stumbled upon the website, Baseball’s Greatest Sacrifice, developed by Gary Bedingfield. The site honors major leaguers, minor leaguers, Negro Leaguers, and college, semipro, and amateur ballplayers who died during wartime.

According to Bedingfield’s research, one such player was Elmer Gedeon. After graduating from the University of Michigan in 1939, Gedeon signed with the Washington Senators and was assigned to the Class D Orlando Senators. At the end of the season he was called up to the Senators, where he made his major league debut on September 18, 1939. Gedeon appeared in 5 games with the Senators batting .200 in 17 plate appearances with one RBI.

Gedeon attended Spring Training with the Senators in 1940 and was assigned to the Class B Charlotte Hornets for the 1940 season. In Charlotte, he appeared in 131 games and had a batting average of .271. He had 127 hits, including 11 home runs. That September he was again called up to the Senators but did not appear in any games.

Gedeon received a draft notice in January 1941. Although he went to Spring Training with Charlotte he joined the Army in March. He reported to the U.S. Army Cavalry Replacement Center at Fort Riley, Kansas, on March 18, 1941, and was placed on the Washington Senators’ National Defense Service List. In October 1941, Gedeon transferred to the U.S. Army Air Force and, in 1942, earned his pilot’s wings and a commission as a second lieutenant at Williams Field in Arizona. He then joined the 315th Bomb Squadron, 21st Bomb Group at MacDill Field in Tampa, Florida.

B-26 Marauder, photo courtesy of Maxwell Air Force Base via Wikipedia

Gedeon was transferred to the newly formed 394th Bomb Group at MacDill in March 1943 and the group was assigned to Boreham Field in England the following February. By this time, Gedeon had been promoted to captain. On April 20, 1944, Captain Gedeon piloted a B-26 Marauder, one of 30 Marauders, from Boreham Field to Bois d’Esquerdes, France. Their mission was to bomb a site being constructed by the Germans. Unfortunately, the group was hit by anti-aircraft fire. Gedeon’s co-pilot, James T. Taaffe, was able to eject from the plane, but Gedeon was not. Taafe was taken prisoner by German soldiers. Later, it was discovered that Gedeon and the other missing airmen from that night had been buried in a British Army cemetery in St. Pol, France. Gedeon’s remains were later returned to the United States where he was interred at Arlington National Cemetery.

Thanks to Gary Bedingfield for this amazing research.

And thank you for your service, Captain Gedeon.

Honoring the Fallen on Memorial Day at Arlington National Cemetery.

Sometimes, with the over-abundance of military days at the ballpark, it becomes easy to overlook the days that are truly deserving of our honor and respect. In fact, many of us have tired of the almost daily renditions of “God Bless America” and military-inspired uniforms at MLB stadiums – to the point where we no longer pay that much attention. However, Memorial Day is one those days that reminds us that there are some things that are bigger and more important than baseball. And when baseball honors such days, it can be truly awe-inspiring.

Memorial Day began as Decoration Day in 1868, after the American Civil War. Today it is a U.S. Federal holiday to honor and remember service members who died while serving in the the U.S. Armed Forces. It is a holiday on which we can relax, enjoy time off from work, and take time to appreciate the freedoms we enjoy because of the sacrifice of others. 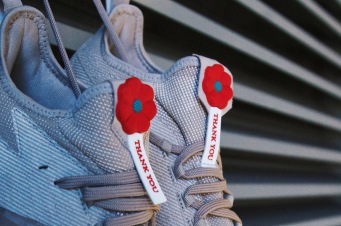 This year, MLB and MiLB ballparks across the U.S. will have a variety of activities and remembrances in honor of Memorial Day. For example, more than 100 baseball players will wear Memorial Day-themed cleats from Adidas. The shoes have a small red poppy with a ribbon that says, “Thank you.” There is also a pull-tab on the back of the cleats that states, “Forever Honor.” For those like me that had no idea – red poppies are known as the “remembrance poppy” and are often used to honor  military personnel. 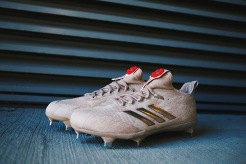 Memorial Day weekend also happens to coincide with many youth baseball tournaments, which keeps many families from properly celebrating the holiday. To address that problem, an assistant coach and former Marine in Maryland has ensured that the Chesapeake Classic Baseball Tournament being held in Elkton, MD, honors the day. Plans included a short ceremony with the teams gathering on the main field to honor the men and women who died while serving in the armed forces, members of the 4th Combat Engineer Battalion of the Marine Corps Reserve presenting the colors, the singing of the National Anthem, and current members of the military giving speeches on the meaning of Memorial Day.

However you celebrate Memorial Day, enjoy!