Today we’ll take a virtual tour of Space Coast Stadium. The stadium was built in 1994 and served as the Florida Marlins Spring Training site through 2002. In 2003, the Marlins swapped Spring Training sites with the Montreal Expos who had been training in Jupiter, Florida. When the Expos became the Washington Nationals in 2005, they continued to use Space Coast Stadium for Spring Training through 2016. The stadium also served as the home of the Brevard County Manatees from 1994 to 2016.

The Manatees moved to Kissimmee, Florida, in 2017 and are now known as the Florida Fire Frogs. They subsequently moved into their new home, CoolToday Park in North Port, Florida, in 2019. The Washington Nationals also abandoned Space Coast Stadium in 2017, moving to FITTEAM Ballpark of the Palm Beaches, which they share with the Houston Astros. Space Coast Stadium became home to the United States Specialty Sports Association (USSSA) in 2017 and after more than $30 million in renovations, was renamed the USSSA Space Coast Complex.

And in case you missed them – check out my previous virtual tours of Steinbrenner Field and PNC Park!

I don’t know about you, but I’m kind of tired of having to work from home – I believe in a strict separation of work and home, so this is beginning to stress me out. I had to check out a couple hours yesterday and do nothing. Please take care of yourself during this stressful time. If you’re at home feeling the same way I did yesterday, go outside (while remaining at a safe distance from others), get some fresh air, and take a few moments to relax or just do nothing. When you have some down time, do something you love. And what I love is baseball – so, in addition to trying to write about it every day, I enjoy sharing pictures of my baseball adventures.

Therefore, today, I thought I’d share some pictures from my visit to Steinbrenner Field in 2017 for Yankees Spring Training (to see the Orioles, naturally!). This year, the stadium is celebrating its 25th anniversary. Perhaps there might even be baseball there later this year… enjoy!

Over the next few weeks, we’ll visit more stadiums – virtually, of course!

Babe Didrikson Zaharias is one of the most celebrated athletes in U.S. History, perhaps best known for her accomplishments in track and field and golf. Born Mildred Ella Didrikson, “[s]he acquired the nickname ‘Babe’ – a nod to one of the greatest baseball players in history, Babe Ruth – after she hit five home runs in a childhood baseball game,” according to the International Olympic Committee.

Zaharias tried her hand at several different sports, including baseball. During Spring Training in 1934, she appeared in three baseball games. In her first game on March 20, Zaharias pitched one inning for the Philadelphia Athletics against the Brooklyn Dodgers allowing no hits and one walk. She appeared in her second game on March 22, pitching for the St. Louis Cardinals against the Red Sox. She gave up three runs in the first inning before being taken out of the game. In her third game, on March 25, 1934, Zaharias, pitching for the New Orleans Pelicans, pitched two scoreless innings against the Cleveland Indians.

Last year, MLB announced that in 2020 teams will be required to expand the protective netting that protects fans from foul balls and errant bats at their home ballparks. Several Spring Training stadiums also have expanded netting, including Ed Smith Stadium where the Baltimore Orioles play their Spring Training games.

But that doesn’t mean you can’t still get hit. Of the hundreds or thousands of baseball games I’ve been too, I’ve never come that close to getting hit by a foul ball. But as the saying goes, “never say never.”

This past Sunday, I had plans to attend the Orioles game at Ed Smith Stadium in Sarasota, Florida. We decided to get there super early to enjoy the sunshine and watch batting practice. Our favorite seats are in section 101 – right next to the Orioles’ bullpen and right field. We noticed the expanded netting right away, remarking that it made it really hard to see the field and even harder to take pictures, as the camera had trouble focusing through the net. As a result, we stopped paying attention. We couldn’t really see who was taking batting practice – but it was probably Yankees’ minor leaguers that we wouldn’t be able to identify anyway.

Was one of these guys the culprit????

NEVER STOP PAYING ATTENTION!! In a moment’s time, I became one of those people I silently criticize at ballparks. I was looking down at my phone forming a Tweet about being at the stadium when all of a sudden my phone went flying out of my hand. At first, I was confused. How did that happen?, I wondered. Next, I felt a searing pan going through my hand. Then I saw a baseball bouncing away. Finally it dawned on me: I’d just been hit by a foul ball. Or, more accurately: The Yankees just hit me with a foul ball! (I always knew the Yankees were no good! They even hit Zack Britton in much the same way a couple days later.)

My immediate concern was grabbing the baseball that was now rolling around underneath the seats a few rows in front of me. If I was going to be in that much pain, I should at least get the baseball! An usher sauntered over and asked what was going on. I didn’t have time to respond – I had to get that ball. My husband explained I’d just gotten hit by a ball. The usher said I should get ice. I ignored him, my eyes trained on the ball that was now about 7 rows ahead of me. Finally, someone went over to pick it up. I stared at him, silently willing him to give it to me. He reached across the rows and handed it to me. I lamely said something like, “Thanks – I deserved that one.” 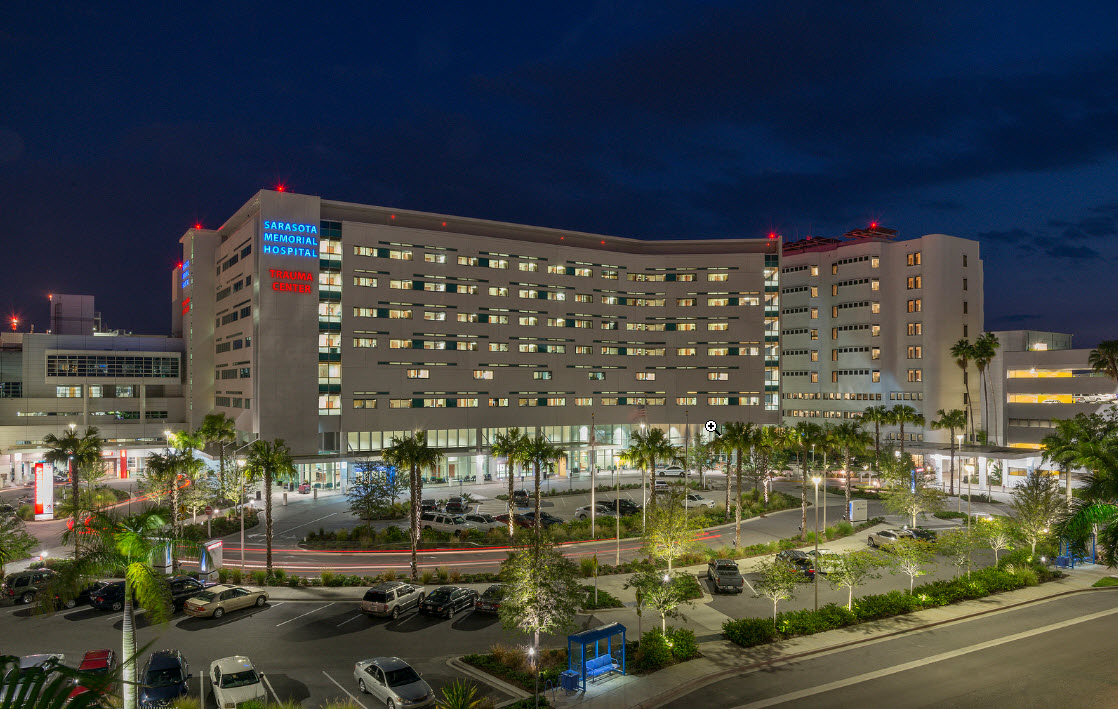 My ball secured, I allowed myself to be taken to the first aid station. By then, my hand was hurting like it had never hurt before. The paramedic on duty looked at it and said it didn’t look too bad, but since I was crying and near-panicked at that point, he recommended I go to the hospital for x-rays. For a second, I wondered to myself if that could wait until after the game. But my hand hurt really, really bad, so I agreed to go then and there.

We spent the next few hours at the hospital, watching the game with Game Day on the MLB app on our phones. While there, I interacted with about four different nurses, one doctor, and the x-ray technician. They asked questions about how I’d gotten hit, including really dumb questions like, “were you playing or watching?” It was like they had absolutely no idea Major League Baseball Spring Training was happening just down the street! I found that very disturbing.

Fortunately, nothing was broken. The very tired-looking and over-worked-looking doctor called it a “contusion,” gave me a splint, and told me to be careful. Someone else joked that I should use a glove next time. I was just irritated I’d missed a perfectly good Spring Training game featuring one of my favorite Orioles’ minor leaguers, Yusniel Diaz.

At least I finally “caught” my first foul ball. So much for the net.

More to come about my Spring Training adventures, but for now here are a few pictures:

As the “wintry mix” came down yesterday in DC, my thoughts turned to Spring – Spring Training, more precisely. Last year, we only attended one pre-season game – at Nats Park when the Yankees came here on their way north just before Opening Day.

This year is going to be different.

I’ve already put in for vacation time and have booked the hotel. I just recently purchased tickets for the Yankees in Tampa, since their tickets have been on sale for at least a month now. But I still don’t have my Orioles tickets. That’s because, while most teams put their Spring Training tickets on sale in November and December of last year, a few teams held out.

But this is the week! The remaining teams will be be placing their tickets on sale, so we all can finally finalize those Spring plans! Yesterday, White Sox Spring Training tickets went on sale and the Phillies’ sales started today. Pirates tickets, though officially on sale on Saturday, are available now at “Early Bird Presale Pricing,” which is about $5 more per ticket than what they will be on Saturday. According to the Pirates’ website: “Early Bird pricing is different than regular single game pricing and is an alternative purchase opportunity for fans who want to be guaranteed access to the best seats to high-demand games.”

In case you were wondering, these are the eight teams who will finally start selling their Spring Training tickets on Saturday:

So, by Saturday, my world will be complete. 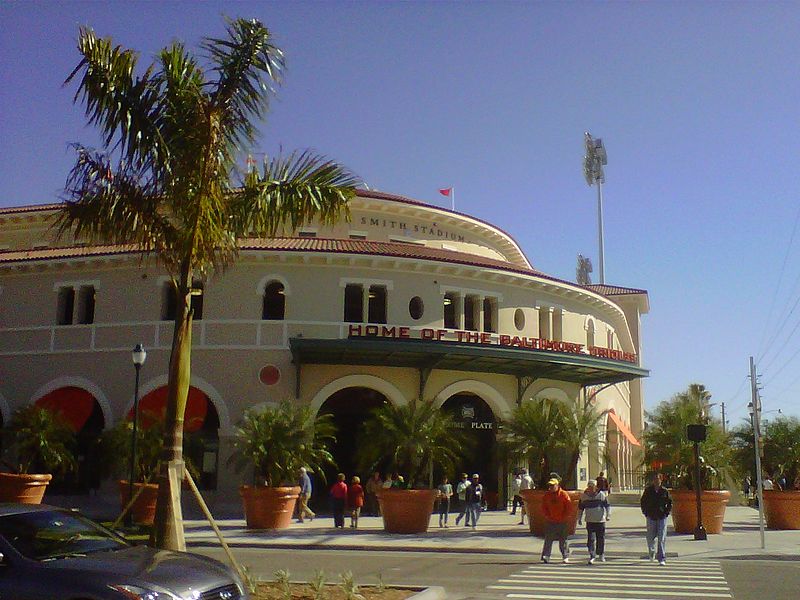 As the weather gets colder and we inch closer to the beginning of winter, most of us begin thinking about Spring Training. Half of the teams already have their Spring Training tickets on sale, although three (the Indians, Mets, and Reds) will begin sales this Friday. Check out the list below of when your team’s tickets will go on sale.

Where will you be spending your spring (training) next year?